Highly Recommended – the only Tenerife kennels I would trust my dogs for boarding. In memory of Alice -A dogs best friend – I wish there had been more time to know you better.

The following list was compiled by Vet Miquel Los Santos, El Medano tel: 922 176 081
I can’t say who speaks English or not, nor can I recommend anyone other than Alice who I know personally. 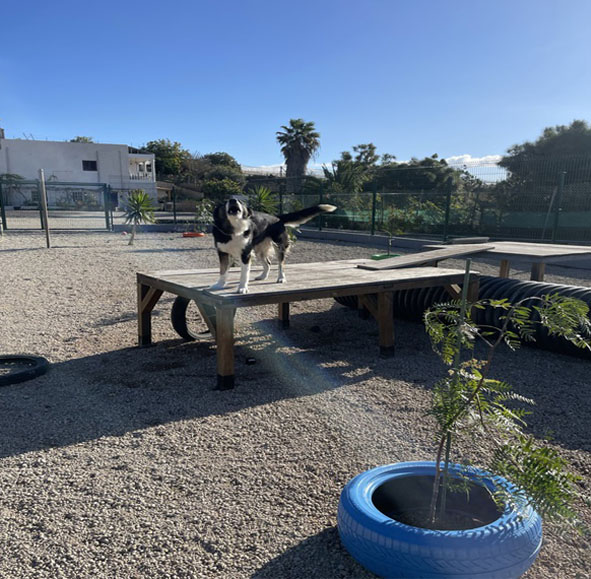 How to choose the right boarding kennel for your dog? Many owners are afraid to leave their dog in a kennel. Of course a stay in a kennel is a change for the dog and initially you may worry that your dog won’t feel at home. But if you choose the right kennel for your dog, after the first days of conditioning they willhave fun and have the idea that they are “on vacation”.

How long does the dog to settle in the kennel ? It is very difficult to generalize. Some dogs are comfortable from day one and others take longer. Perhaps the first day they don’t much want to eat or play. However, if the kennel is good they  very rapidly accustomed to the daily routine, the lunch, the play, cleaning, etc.

It is a good idea to visit the kennel where you think you may board your dog at least once before taking the final decision. This will let you know the people who work with the dogs, facilities that they have at the kennel, its operation and the level of hygiene, etc.

If you remain convinced that you made a good choice, you will feel more relaxed when you leave your dog.  Just remember, Tenerife is not a big island, even North Tenerife to South Tenerife is quite a manageable distance to find the right kennel.